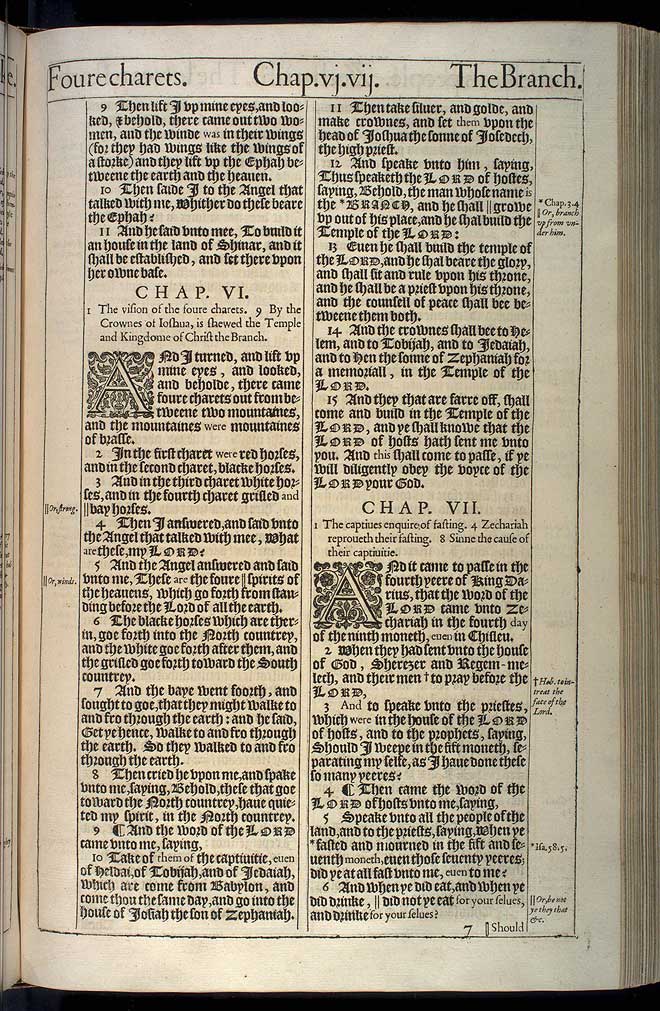 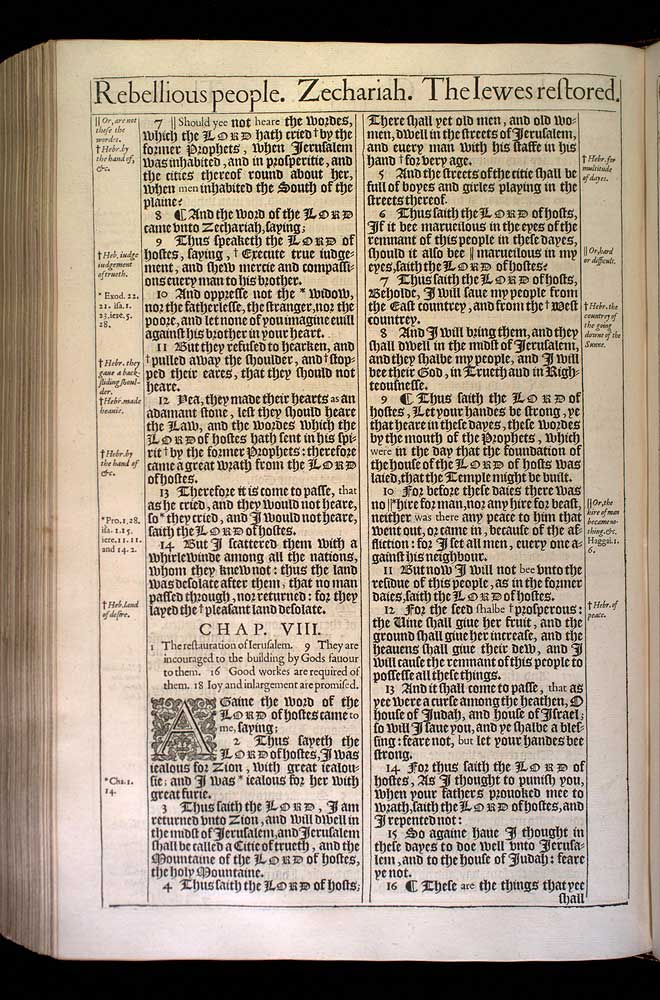 View this Zechariah chapter 7 scan at a larger size

1 The captiues enquire of fasting. 4 Zechariah reproueth their fasting. 8 Sinne the cause of their captiuitie.

1 And it came to passe in the fourth yeere of King Darius, that the word of the Lord came vnto Zechariah in the fourth day of the ninth moneth, euen in Chisleu.

2 When they had sent vnto the house of God, Sherezer and Regem-melech, and their men to pray before the Lord,2

3 And to speake vnto the priestes, which were in the house of the Lord of hosts, and to the prophets, saying, Should I weepe in the fift moneth, separating my selfe, as I haue done these so many yeeres?

4 ¶ Then came the word of the Lord of hosts vnto me, saying,

5 Speake vnto all the people of the land, and to the priests, saying, When ye fasted and mourned in the fift and seuenth moneth, euen those seuenty yeeres; did ye at all fast vnto me, euen to me?5

7 Should yee not heare the wordes, which the Lord hath cried by the former Prophets, when Ierusalem was inhabited, and in prosperitie, and the cities thereof round about her, when men inhabited the South of the plaine?7

8 ¶ And the word of the Lord came vnto Zechariah, saying;

9 Thus speaketh the Lord of hostes, saying, Execute true iudgement, and shew mercie and compassions euery man to his brother.9

10 And oppresse not the widow, nor the fatherlesse, the stranger, nor the poore, and let none of you imagine euill against his brother in your heart.10

11 But they refused to hearken, and pulled away the shoulder, and stopped their eares, that they should not heare.11

12 Yea, they made their hearts as an adamant stone, lest they should heare the Law, and the wordes which the Lord of hostes hath sent in his spirit by the former Prophets: therefore came a great wrath from the Lord of hostes.12

14 But I scattered them with a whirlewinde among all the nations, whom they knew not: thus the land was desolate after them, that no man passed through, nor returned: for they layed the pleasant land desolate.14