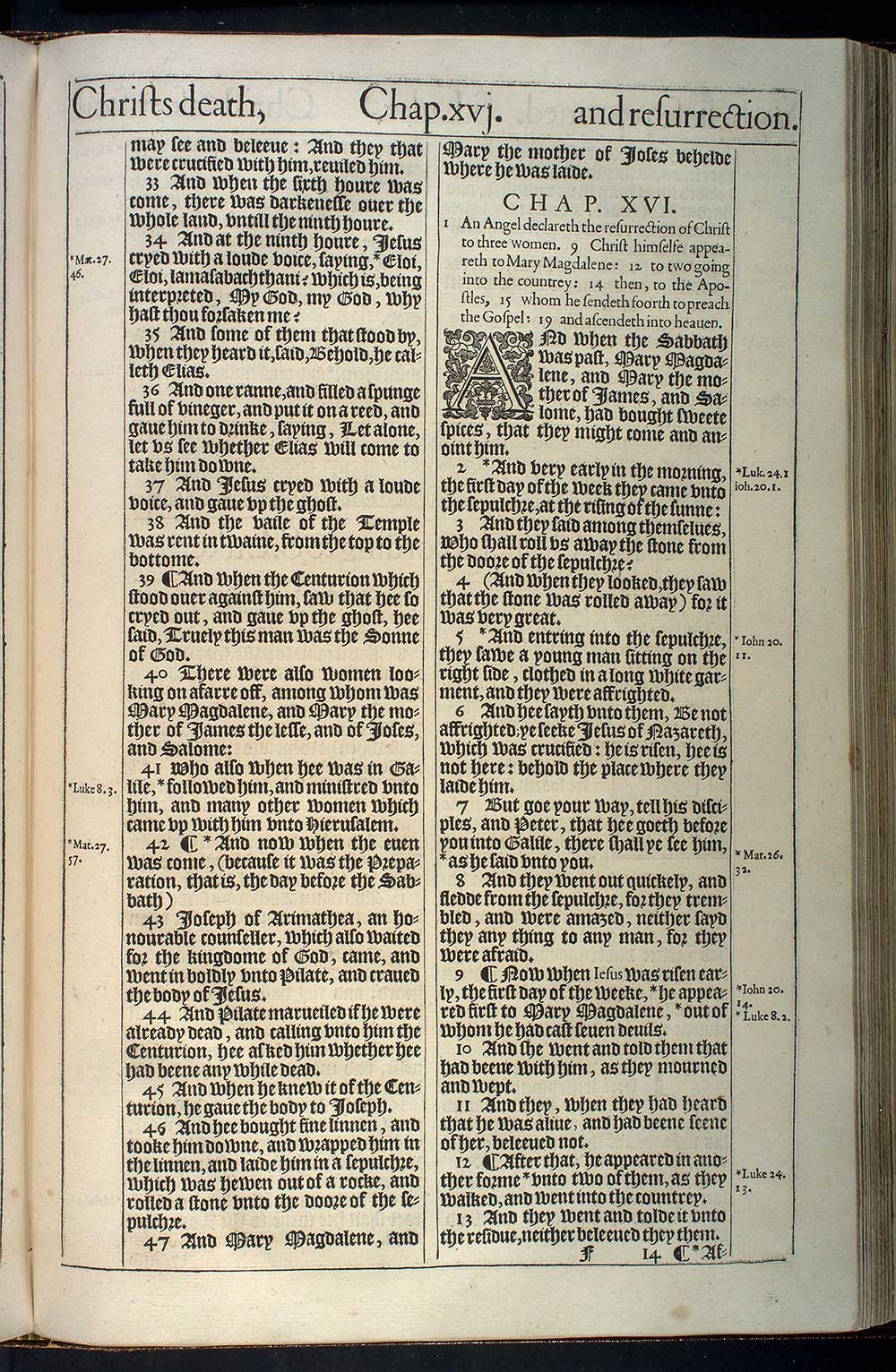 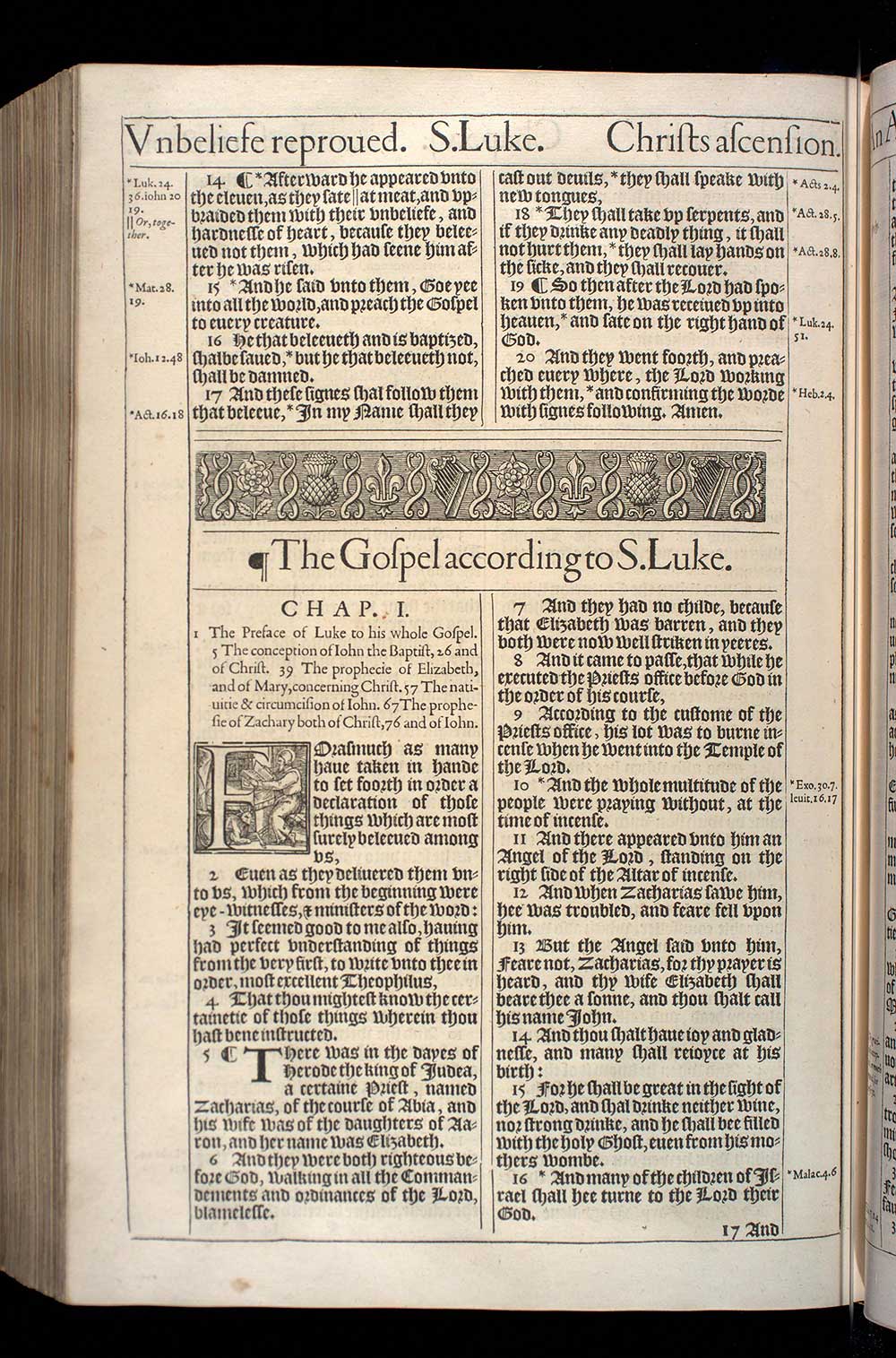 1 An Angel declareth the resurrection of Christ to three women. 9 Christ himselfe appeareth to Mary Magdalene: 12 to two going into the countrey: 14 then, to the Apostles, 15 whom he sendeth foorth to preach the Gospel: 19 and ascendeth into heauen.

1And when the Sabbath was past, Mary Magdalene, and Mary the mother of Iames, and Salome, had bought sweete spices, that they might come and anoint him.

2And very early in the morning, the first day of the week they came vnto the sepulchre, at the rising of the sunne:2

3And they said among themselues, who shall roll vs away the stone from the doore of the sepulchre?

4(And when they looked, they saw that the stone was rolled away) for it was very great.

5And entring into the sepulchre, they sawe a young man sitting on the right side, clothed in a long white garment, and they were affrighted.5

6And hee sayth vnto them, Be not affrighted; ye seeke Iesus of Nazareth, which was crucified: he is risen, hee is not here: behold the place where they laide him.

7But goe your way, tell his disciples, and Peter, that hee goeth before you into Galile, there shall ye see him, as he said vnto you.7

8And they went out quickely, and fledde from the sepulchre, for they trembled, and were amazed, neither sayd they any thing to any man, for they were afraid.

9¶ Now when Iesus was risen early, the first day of the weeke, he appeared first to Mary Magdalene, out of whom he had cast seuen deuils.9

10And she went and told them that had beene with him, as they mourned and wept.

11And they, when they had heard that he was aliue, and had beene seene of her, beleeued not.

12¶ After that, he appeared in another forme vnto two of them, as they walked, and went into the countrey.12

13And they went and tolde it vnto the residue, neither beleeued they them.

14¶ Afterward he appeared vnto the eleuen, as they sate at meat, and vpbraided them with their vnbeliefe, and hardnesse of heart, because they beleeued not them, which had seene him after he was risen.14

15And he said vnto them, Goe yee into all the world, and preach the Gospel to euery creature.15

17And these signes shal follow them that beleeue, In my Name shall they cast out deuils, they shall speake with new tongues,17

18They shall take vp serpents, and if they drinke any deadly thing, it shall not hurt them, they shall lay hands on the sicke, and they shall recouer.18

19¶ So then after the Lord had spoken vnto them, he was receiued vp into heauen, and sate on the right hand of God.19

20And they went foorth, and preached euery where, the Lord working with them, and confirming the worde with signes following. Amen.20