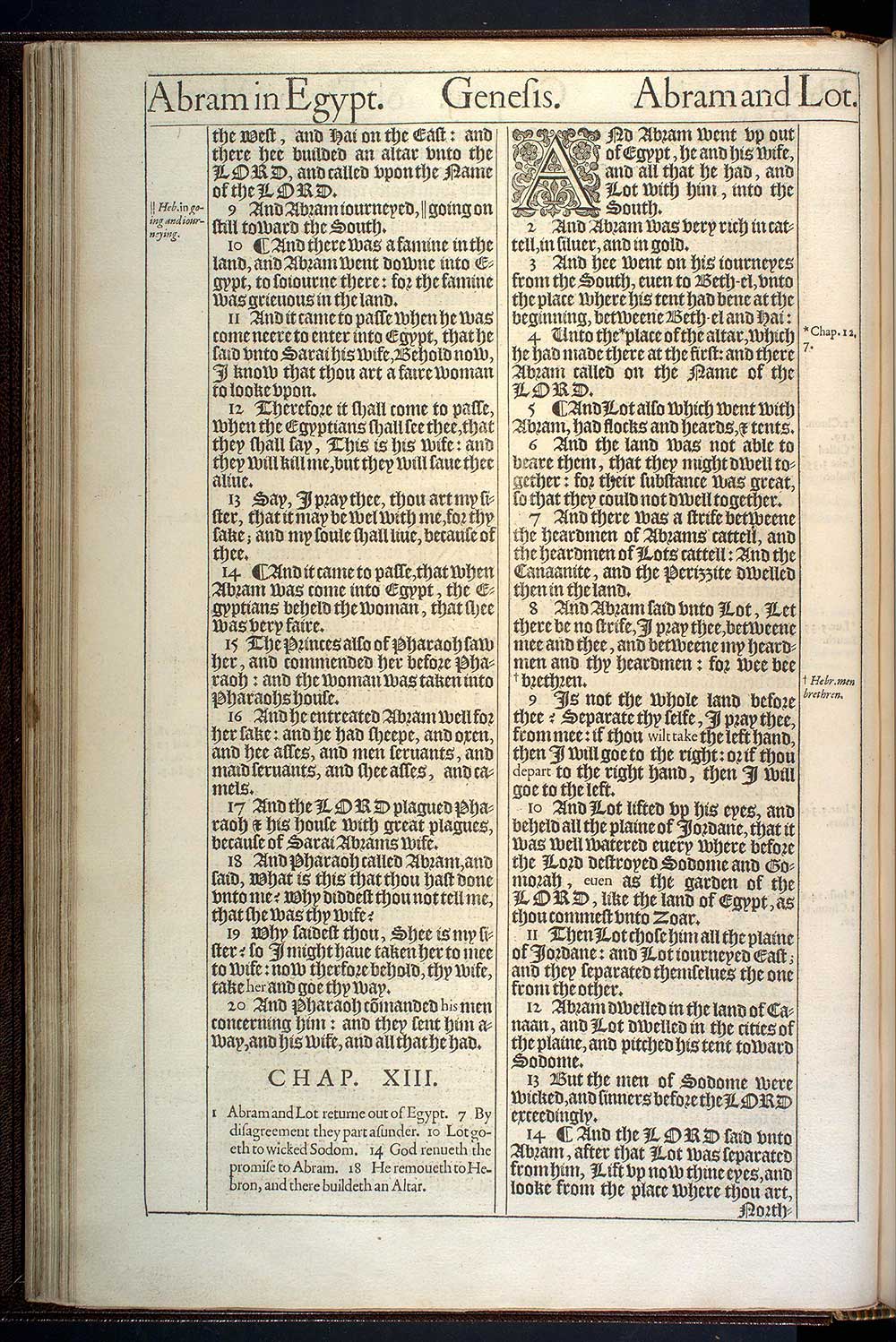 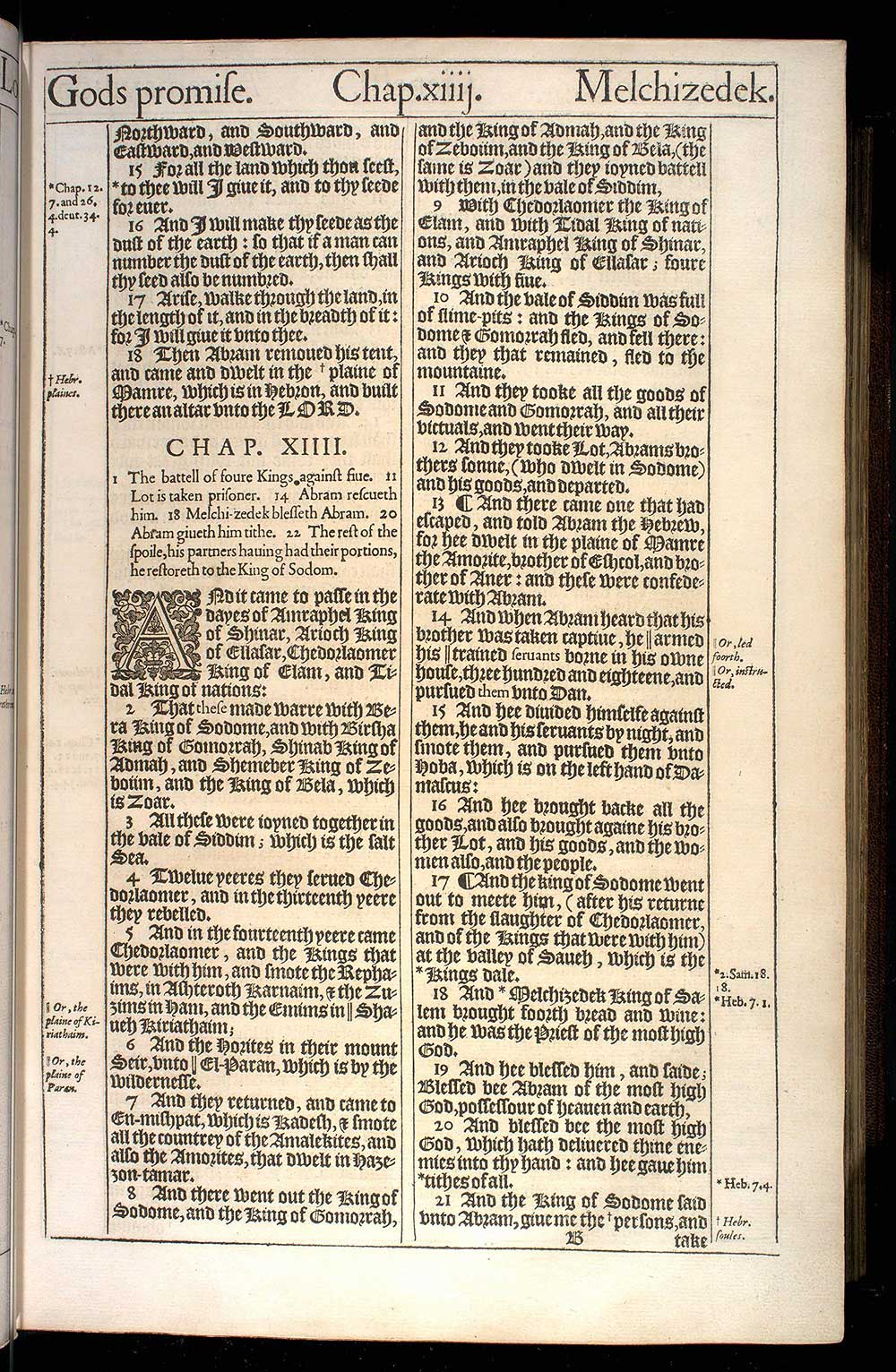 1 Abram and Lot returne out of Egypt. 7 By disagreement they part asunder. 10 Lot goeth to wicked Sodom. 14 God renueth the promise to Abram. 18 He remoueth to Hebron, and there buildeth an Altar.

1And Abram went vp out of Egypt, he and his wife, and all that he had, and Lot with him, into the South.

2And Abram was very rich in cattell, in siluer, and in gold.

3And hee went on his iourneyes from the South, euen to Beth-el, vnto the place where his tent had bene at the beginning, betweene Beth-el and Hai:

4Unto the place of the altar, which he had made there at the first: and there Abram called on the Name of the LORD.4

5¶ And Lot also which went with Abram, had flocks and heards, & tents.

8And Abram said vnto Lot, Let there be no strife, I pray thee, betweene mee and thee, and betweene my heardmen and thy heardmen: for wee bee brethren.8

10And Lot lifted vp his eyes, and beheld all the plaine of Iordane, that it was well watered euery where before the Lord destroyed Sodome and Gomorah, euen as the garden of the LORD, like the land of Egypt, as thou commest vnto Zoar.

11Then Lot chose him all the plaine of Iordane: and Lot iourneyed East; and they separated themselues the one from the other.

13But the men of Sodome were wicked, and sinners before the LORD exceedingly.

14¶ And the LORD said vnto Abram, after that Lot was separated from him, Lift vp now thine eyes, and looke from the place where thou art, Northward, and Southward, and Eastward, and Westward.

15For all the land which thou seest, to thee will I give it, and to thy seede for euer.15

17Arise, walke through the land, in the length of it, and in the breadth of it: for I will giue it vnto thee.

18Then Abram remoued his tent, and came and dwelt in the plaine of Mamre, which is in Hebron, and built there an altar vnto the LORD.18