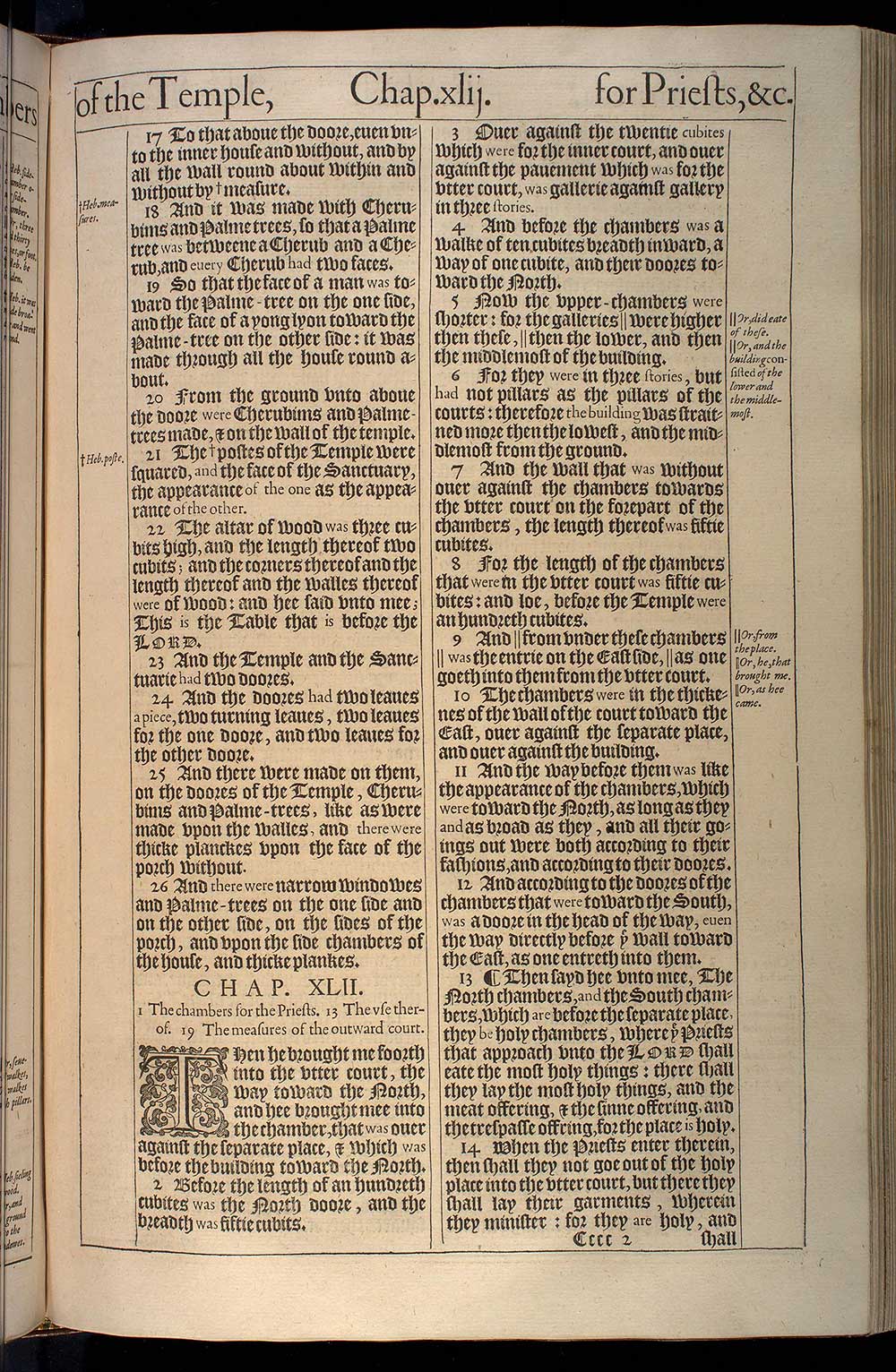 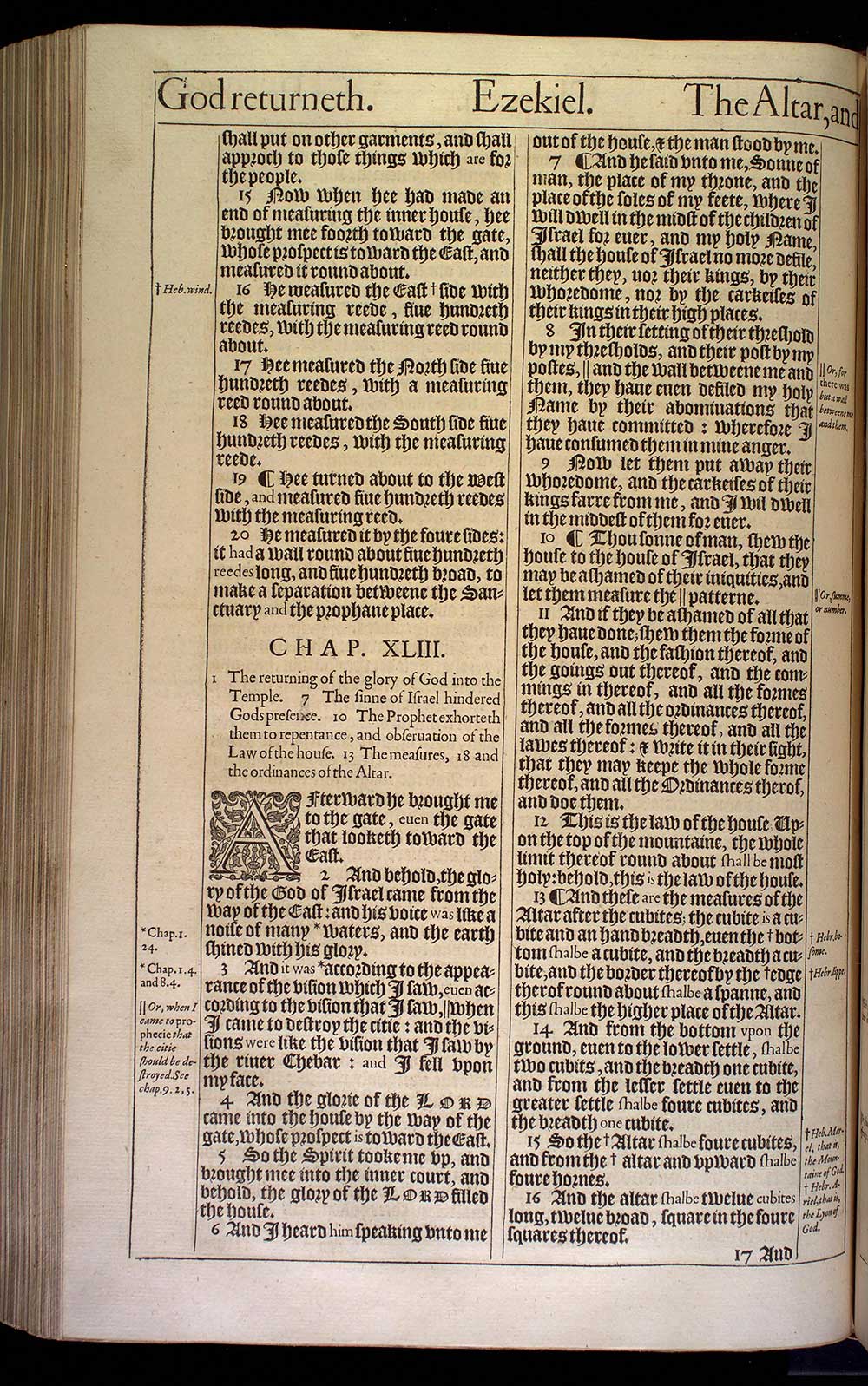 1 The chambers for the Priests. 13 The vse therof. 19 The measures of the outward court.

2Before the length of an hundreth cubites was the North doore, and the breadth was fiftie cubits.

3Ouer against the twentie cubites which were for the inner court, and ouer against the pauement which was for the vtter court, was gallerie against gallery in three stories.

4And before the chambers was a walke of ten cubites breadth inward, a way of one cubite, and their doores toward the North.

5Now the vpper-chambers were shorter: for the galleries were higher then these, then the lower, and then the middlemost of the building.5

6For they were in three stories, but had not pillars as the pillars of the courts: therefore the building was straitned more then the lowest, and the middlemost from the ground.

7And the wall that was without ouer against the chambers towards the vtter court on the forepart of the chambers, the length thereof was fiftie cubites.

8For the length of the chambers that were in the vtter court was fiftie cubites: and loe, before the Temple were an hundreth cubites.

9And from vnder these chambers was the entrie on the East side, as one goeth into them from the vtter court.9

12And according to the doores of the chambers that were toward the South, was a doore in the head of the way, euen the way directly before ye wall toward the East, as one entreth into them.

14When the Priests enter therein, then shall they not goe out of the holy place into the vtter court, but there they shall lay their garments, wherein they minister: for they are holy, and shall put on other garments, and shall approch to those things which are for the people.

15Now when hee had made an end of measuring the inner house, hee brought mee foorth toward the gate, whose prospect is toward the East, and measured it round about.

17Hee measured the North side fiue hundreth reedes, with a measuring reed round about.

18Hee measured the South side fiue hundreth reedes, with the measuring reede.

19¶ Hee turned about to the West side, and measured fiue hundreth reedes with the measuring reed.

20He measured it by the foure sides: it had a wall round about fiue hundreth reedes long, and fiue hundreth broad, to make a separation betweene the Sanctuary and the prophane place.