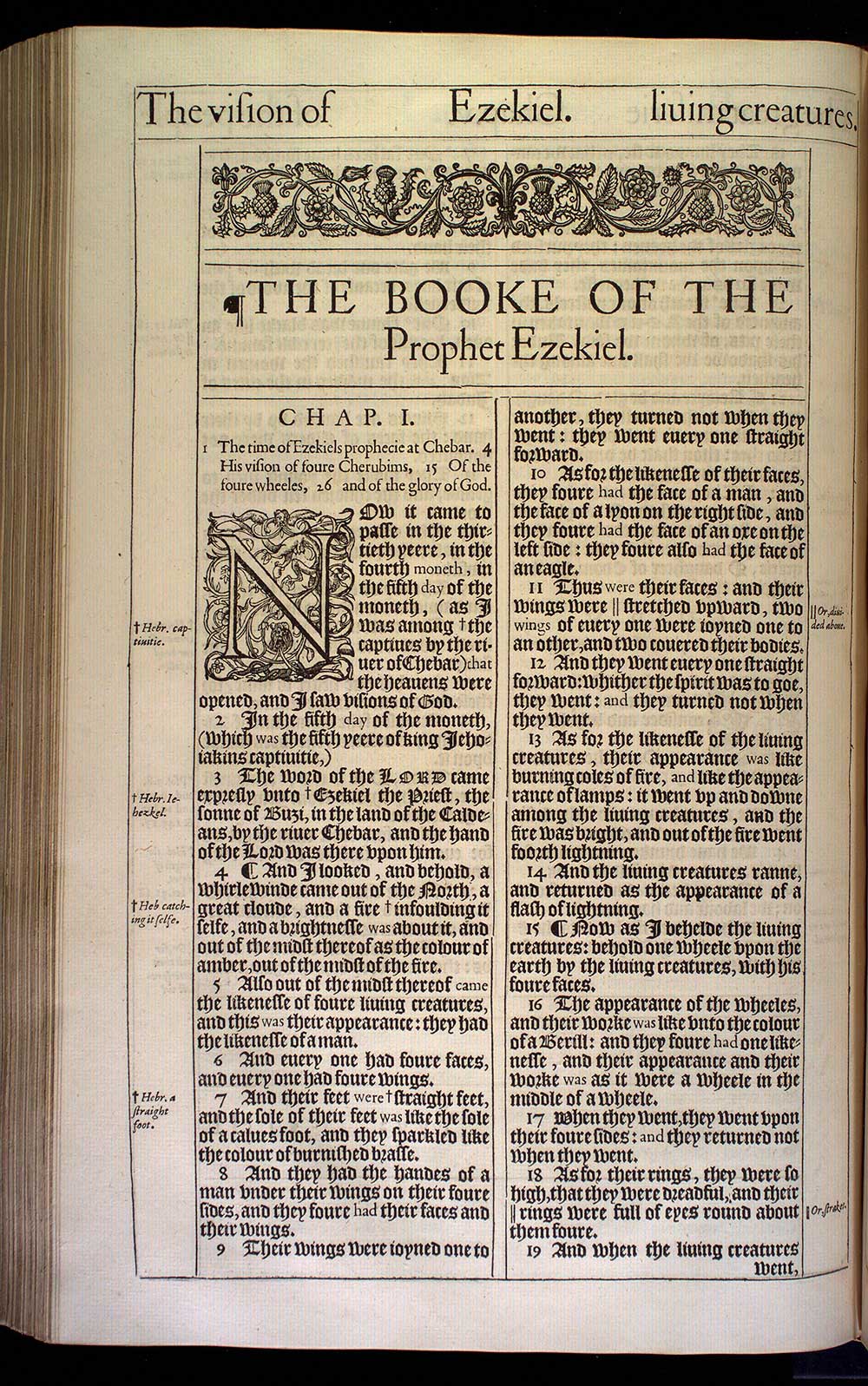 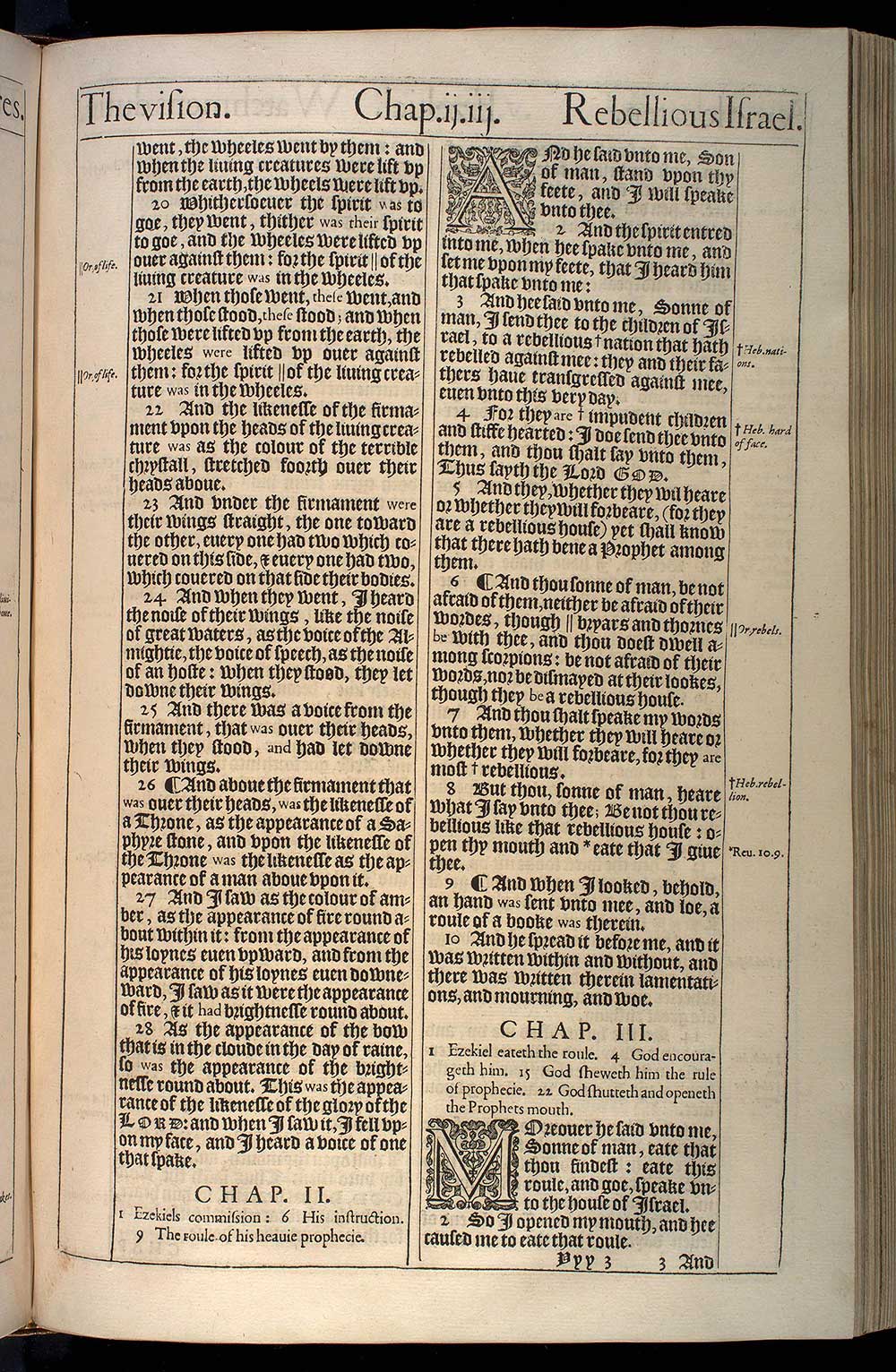 1 The time of Ezekiels prophecie at Chebar. 4 His vision of foure Cherubims, 15 Of the foure wheeles, 26 and of the glory of God.

1Now it came to passe in the thirtieth yeere, in the fourth moneth, in the fifth day of the moneth, (as I was among the captiues by the riuer of Chebar) that the heauens were opened, and I saw visions of God.1

2In the fifth day of the moneth, (which was the fifth yeere of king Iehoiakins captiuitie,)

3The word of the Lord came expresly vnto Ezekiel the Priest, the sonne of Buzi, in the land of the Caldeans, by the riuer Chebar, and the hand of the Lord was there vpon him.3

4¶ And I looked, and behold, a whirlewinde came out of the North, a great cloude, and a fire infoulding it selfe, and a brightnesse was about it, and out of the midst thereof as the colour of amber, out of the midst of the fire.4

8And they had the handes of a man vnder their wings on their foure sides, and they foure had their faces and their wings.

9Their wings were ioyned one to another, they turned not when they went: they went euery one straight forward.

11Thus were their faces: and their wings were stretched vpward, two wings of euery one were ioyned one to an other, and two couered their bodies.11

12And they went euery one straight forward: whither the spirit was to goe, they went: and they turned not when they went.

14And the liuing creatures ranne, and returned as the appearance of a flash of lightning.

18As for their rings, they were so high, that they were dreadful, and their rings were full of eyes round about them foure.18

20Whithersoeuer the spirit was to goe, they went, thither was their spirit to goe, and the wheeles were lifted vp ouer against them: for the spirit of the liuing creature was in the wheeles.20

22And the likenesse of the firmament vpon the heads of the liuing creature was as the colour of the terrible chrystall, stretched foorth ouer their heads aboue.

25And there was a voice from the firmament, that was ouer their heads, when they stood, and had let downe their wings.