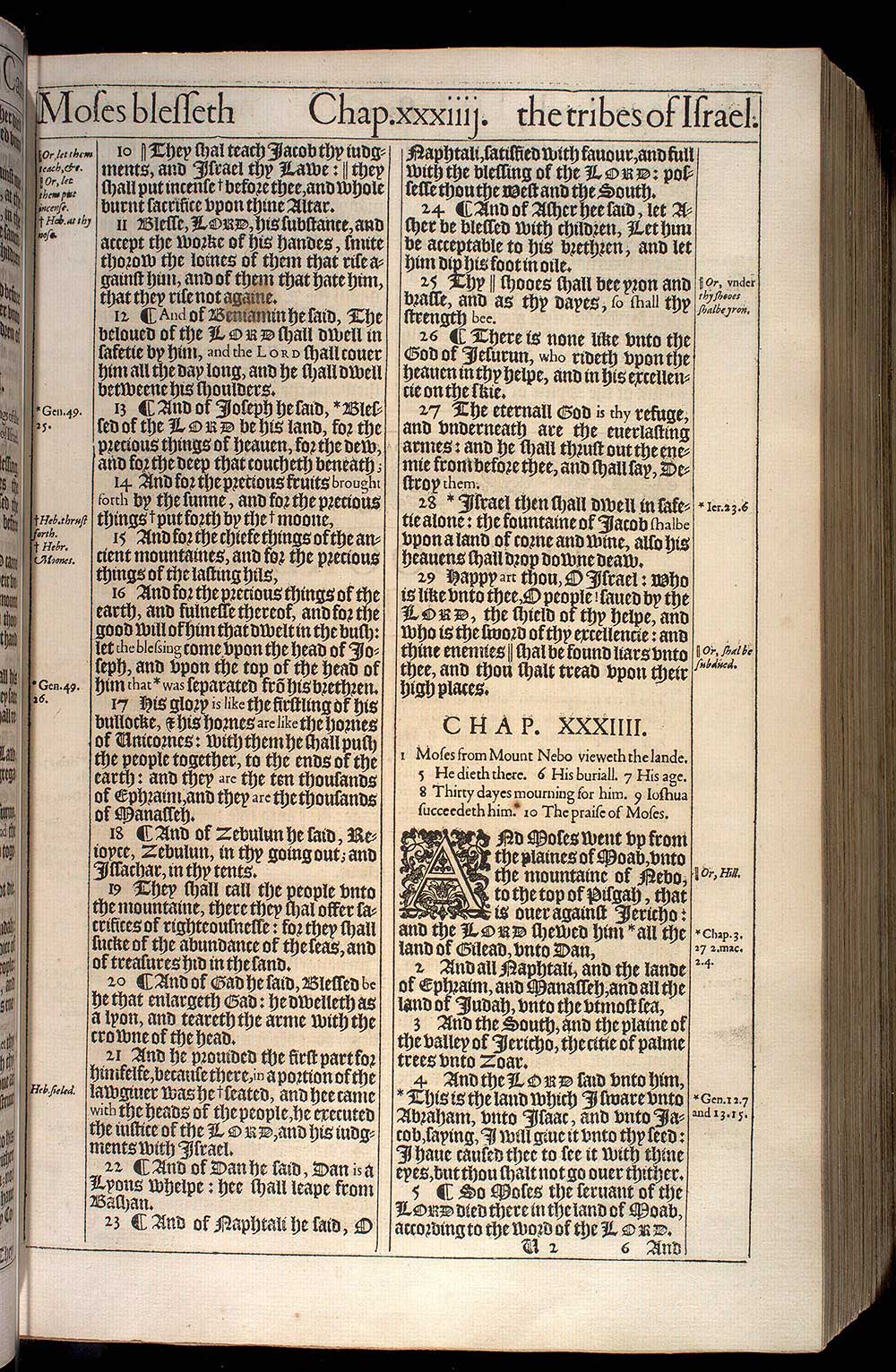 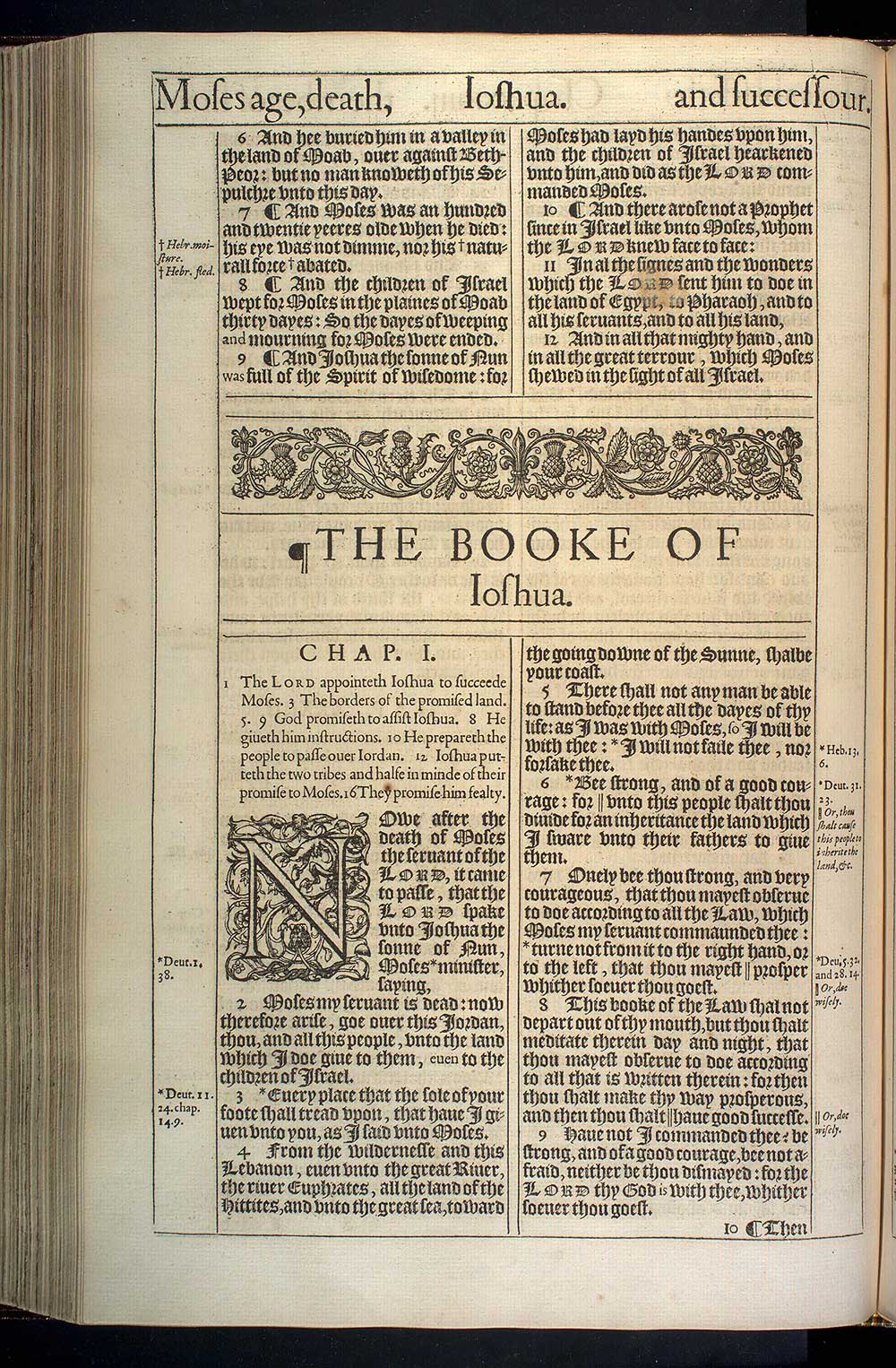 1 Moses from Mount Nebo vieweth the lande. 5 He dieth there. 6 His buriall. 7 His age. 8 Thirty dayes mourning for him. 9 Ioshua succeedeth him. 10 The praise of Moses.

1And Moses went vp from the plaines of Moab, vnto the mountaine of Nebo, to the top of Pisgah, that is ouer against Iericho: and the Lord shewed him all the land of Gilead, vnto Dan,1

2And all Naphtali, and the lande of Ephraim, and Manasseh, and all the land of Iudah, vnto the vtmost sea.

3And the South, and the plaine of the valley of Iericho, the citie of palme trees vnto Zoar.

4And the Lord said vnto him, This is the land which I sware vnto Abraham, vnto Isaac, and vnto Iacob, saying, I will giue it vnto thy seed: I haue caused thee to see it with thine eyes, but thou shalt not go ouer thither.4

5¶ So Moses the seruant of the Lord died there in the land of Moab, according to the word of the Lord.

6And hee buried him in a valley in the land of Moab, ouer against Beth-Peor: but no man knoweth of his Sepulchre vnto this day.

7¶ And Moses was an hundred and twentie yeeres olde when he died: his eye was not dimme, nor his naturall force abated.7

8¶ And the children of Israel wept for Moses in the plaines of Moab thirty dayes: So the dayes of weeping and mourning for Moses were ended.

9¶ And Ioshua the sonne of Nun was full of the Spirit of wisedome: for Moses had layd his handes vpon him, and the children of Israel hearkened vnto him, and did as the Lord commanded Moses.

10¶ And there arose not a Prophet since in Israel like vnto Moses, whom the Lord knew face to face:

12And in all that mighty hand, and in all the great terrour, which Moses shewed in the sight of all Israel.