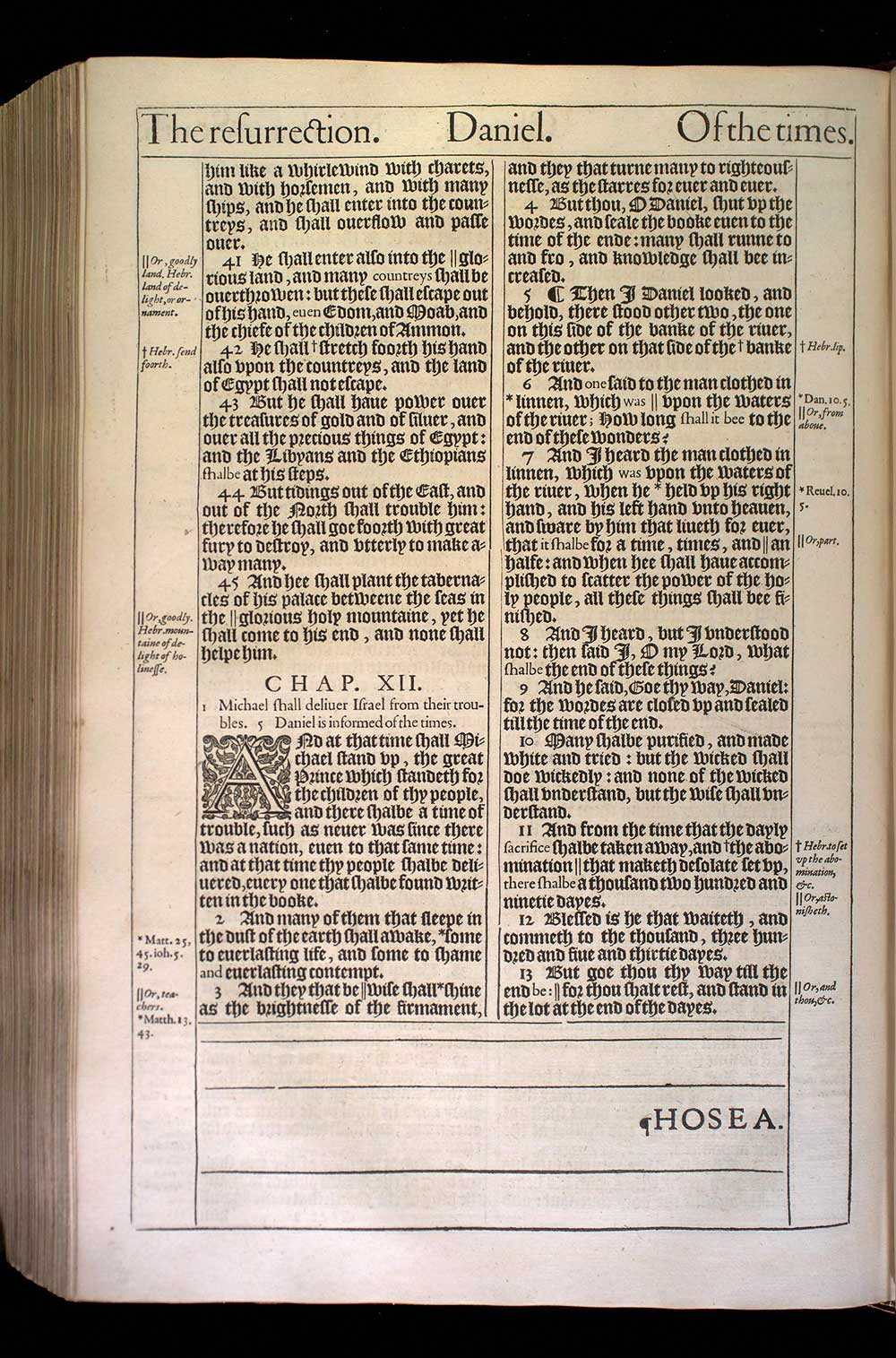 1 Michael shall deliuer Israel from their troubles. 5 Daniel is informed of the times.

1And at that time shall Michael stand vp, the great Prince which standeth for the children of thy people, and there shalbe a time of trouble, such as neuer was since there was a nation, euen to that same time: and at that time thy people shalbe deliuered, euery one that shalbe found written in the booke.

2And many of them that sleepe in the dust of the earth shall awake, some to euerlasting life, and some to shame and euerlasting contempt.2

3And they that be wise shall shine as the brightnesse of the firmament, and they that turne many to righteousnesse, as the starres for euer and euer.3

4But thou, O Daniel, shut vp the wordes, and seale the booke euen to the time of the ende: many shall runne to and fro, and knowledge shall bee increased.

6And one said to the man clothed in linnen, which was vpon the waters of the riuer; How long shall it bee to the end of these wonders?6

7And I heard the man clothed in linnen, which was vpon the waters of the riuer, when he held vp his right hand, and his left hand vnto heauen, and sware by him that liueth for euer, that it shalbe for a time, times, and an halfe: and when hee shall haue accomplished to scatter the power of the holy people, all these things shall bee finished.7

8And I heard, but I vnderstood not: then said I, O my Lord, what shalbe the end of these things?

9And he said, Goe thy way, Daniel: for the wordes are closed vp and sealed till the time of the end.

11And from the time that the dayly sacrifice shalbe taken away, and the abomination that maketh desolate set vp, there shalbe a thousand two hundred and ninetie dayes.11

12Blessed is he that waiteth, and commeth to the thousand, three hundred and fiue and thirtie dayes.

13But goe thou thy way till the end be: for thou shalt rest, and stand in the lot at the end of the dayes.13