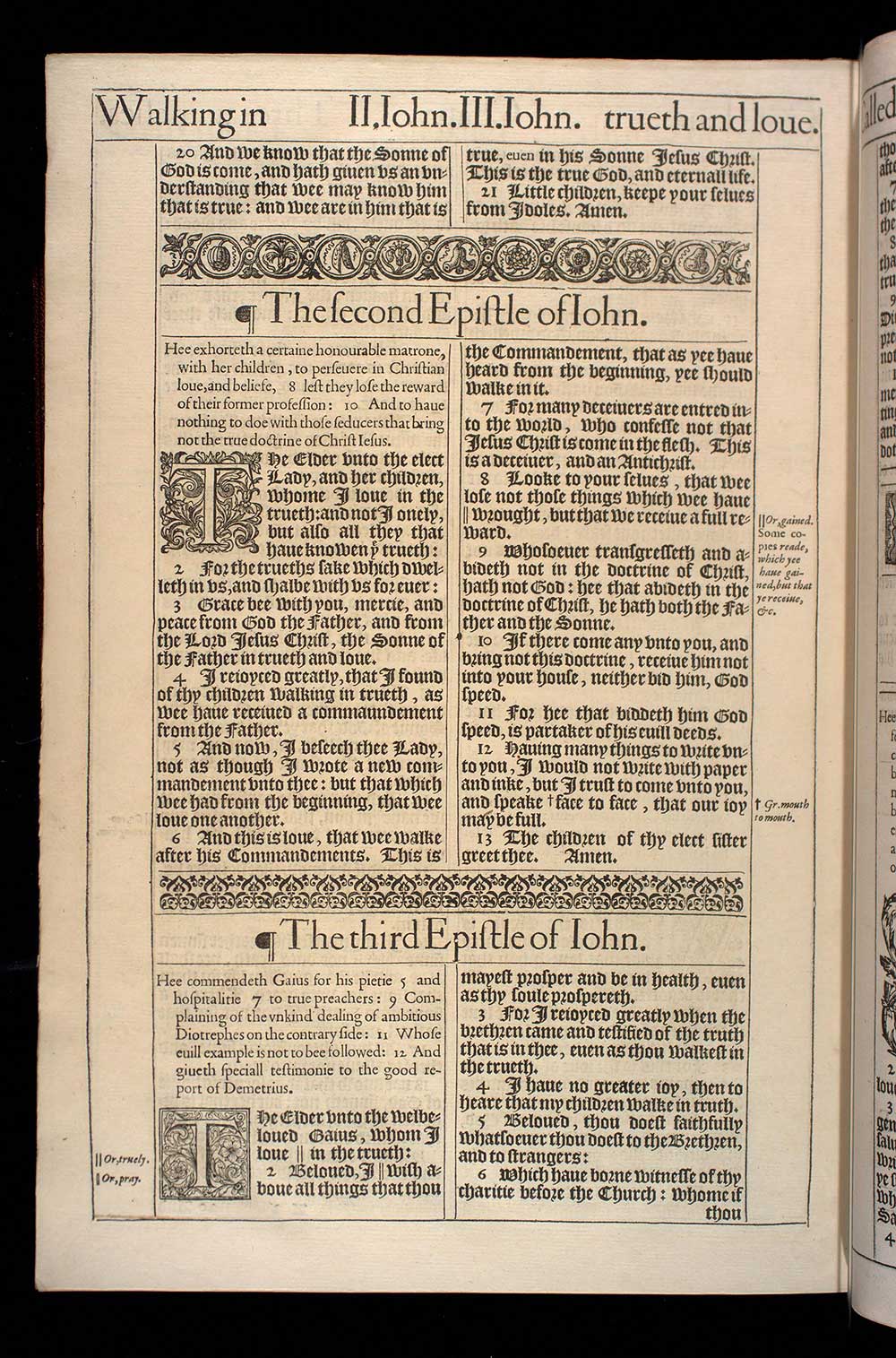 Hee exhorteth a certaine honourable matrone, with her children, to perseuere in Christian loue, and beliefe, 8 lest they lose the reward of their former profession: 10 And to haue nothing to doe with those seducers that bring not the true doctrine of Christ Iesus.

1The Elder vnto the elect Lady, and her children, whome I loue in the trueth: and not I onely, but also all they that haue knowen þe trueth:

2For the trueths sake which dwelleth in vs, and shalbe with vs for euer:

3Grace bee with you, mercie, and peace from God the Father, and from the Lord Iesus Christ, the Sonne of the Father in trueth and loue.

4I reioyced greatly, that I found of thy children walking in trueth, as wee haue receiued a commaundement from the Father.

5And now, I beseech thee Lady, not as though I wrote a new commandement vnto thee: but that which wee had from the beginning, that wee loue one another.

6And this is loue, that wee walke after his Commandements. This is the Commandement, that as yee haue heard from the beginning, yee should walke in it.

7For many deceiuers are entred into the world, who confesse not that Iesus Christ is come in the flesh. This is a deceiuer, and an Antichrist.

8Looke to your selues, that wee lose not those things which wee haue wrought, but that we receiue a full reward.8

10If there come any vnto you, and bring not this doctrine, receiue him not into your house, neither bid him, God speed.

11For hee that biddeth him God speed, is partaker of his euill deeds.

12Hauing many things to write vnto you, I would not write with paper and inke, but I trust to come vnto you, and speake face to face, that our ioy may be full.12

13The children of thy elect sister greet thee. Amen.