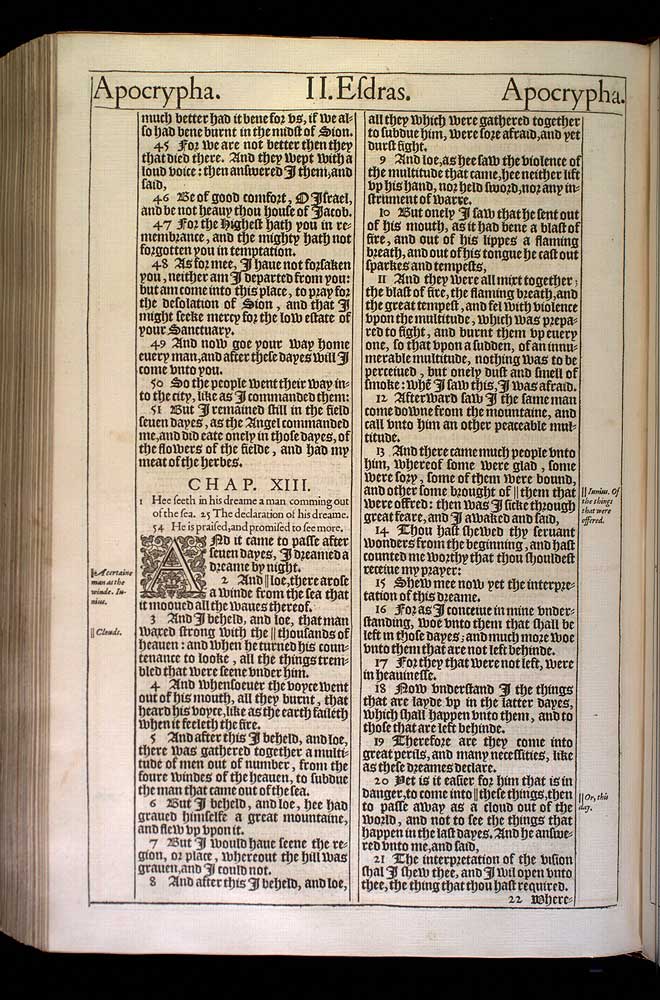 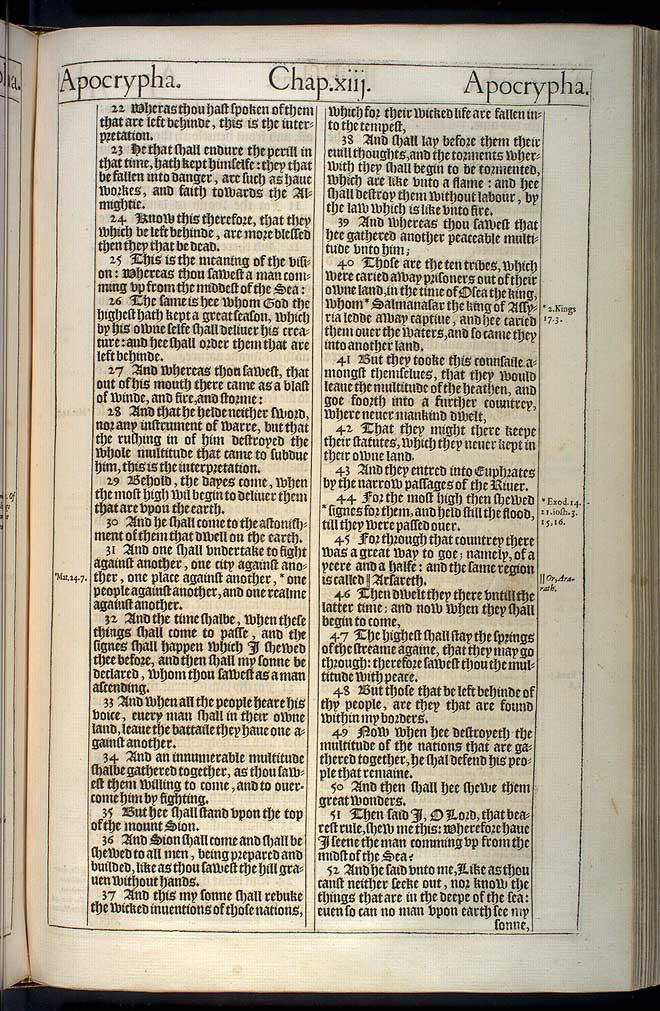 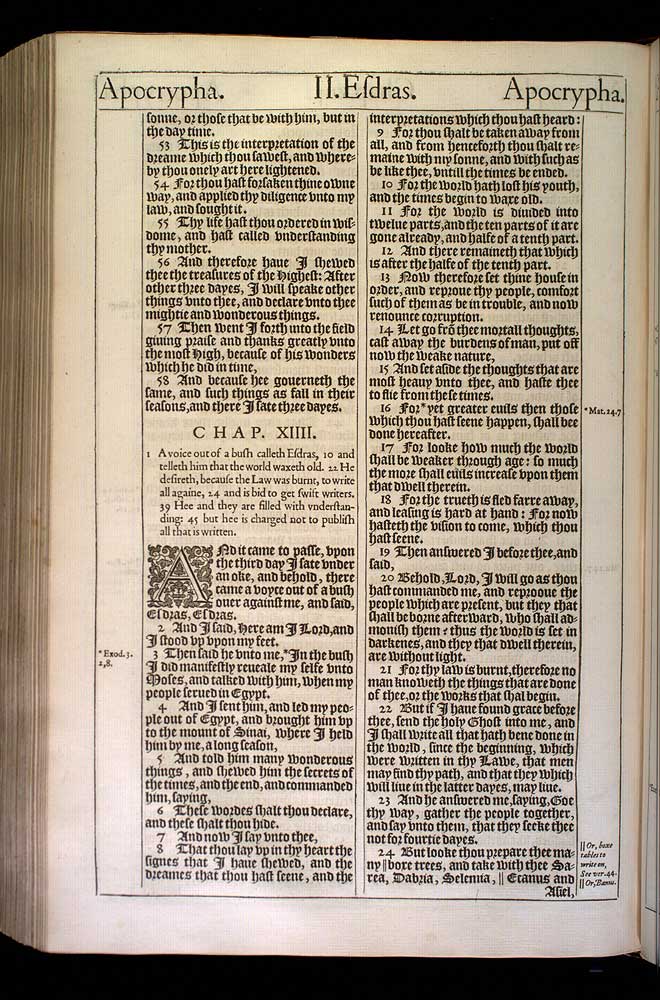 View this 2. Esdras chapter 13 scan at a larger size

1 Hee seeth in his dreame a man comming out of the sea. 25 The declaration of his dreame. 54 He is praised, and promised to see more.

2 And loe, there arose a winde from the sea that it mooued all the waues thereof.2

3 And I beheld, and loe, that man waxed strong with the thousands of heauen: and when he turned his countenance to looke, all the things trembled that were seene vnder him.3

13 And there came much people vnto him, whereof some were glad, some were sory, some of them were bound, and other some brought of them that were offred: then was I sicke through great feare, and I awaked and said,13

20 Yet is it easier for him that is in danger, to come into these things, then to passe away as a cloud out of the world, and not to see the things that happen in the last dayes. And he answered vnto me, and said,20

40 Those are the ten tribes, which were caried away prisoners out of their owne land, in the time of Osea the king, whom Salmanasar the king of Assyria ledde away captiue, and hee caried them ouer the waters, and so came they into another land.40

44 For the most high then shewed signes for them, and held still the flood, till they were passed ouer.44

45 For through that countrey there was a great way to goe; namely, of a yeere and a halfe: and the same region is called Arsareth.45