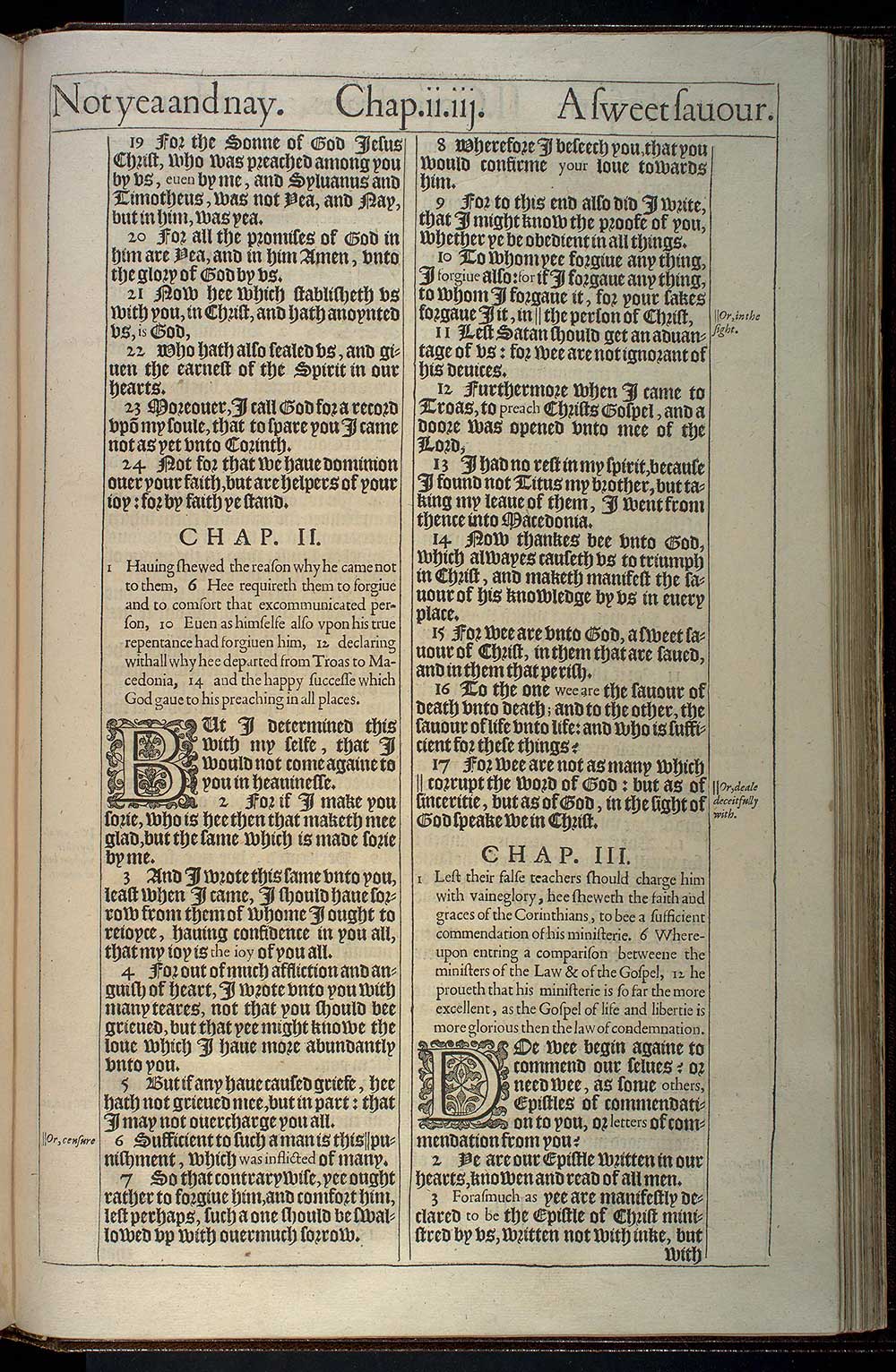 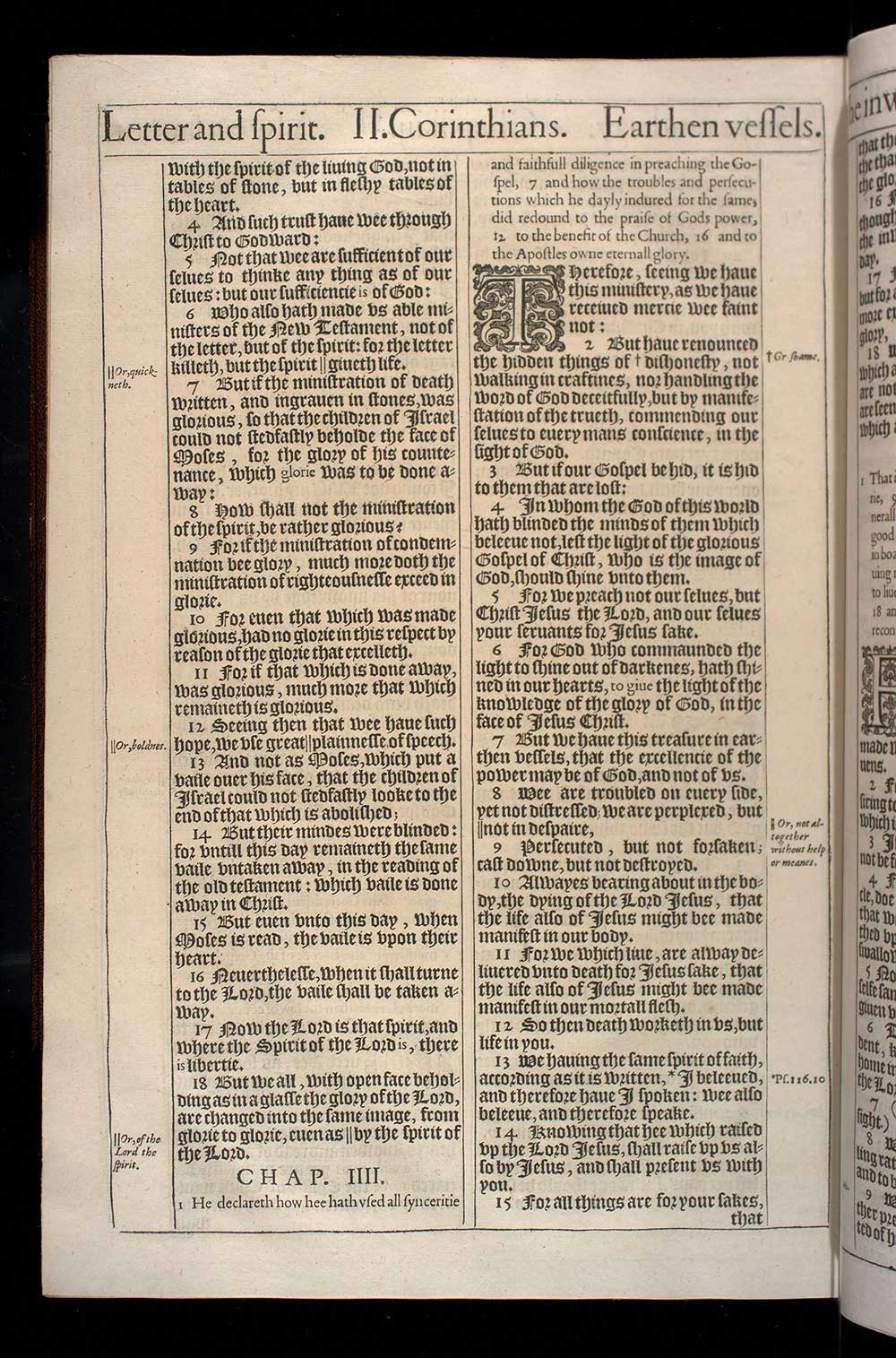 1 Lest their false teachers should charge him with vaineglory, hee sheweth the faith and graces of the Corinthians, to bee a sufficient commendation of his ministerie. 6 Whereupon entring a comparison betweene the ministers of the Law & of the Gospel, 12 he proueth that his ministerie is so far the more excellent, as the Gospel of life and libertie is more glorious then the law of condemnation.

2Ye are our Epistle written in our hearts, knowen and read of all men.

3Forasmuch as yee are manifestly declared to be the Epistle of Christ ministred by vs, written not with inke, but with the spirit of the liuing God, not in tables of stone, but in fleshy tables of the heart.

4And such trust haue wee through Christ to Godward:

6Who also hath made vs able ministers of the New Testament, not of the letter, but of the spirit: for the letter killeth, but the spirit giueth life.6

7But if the ministration of death written, and ingrauen in stones, was glorious, so that the children of Israel could not stedfastly beholde the face of Moses, for the glory of his countenance, which glorie was to be done away:

8How shall not the ministration of the spirit, be rather glorious?

10For euen that which was made glorious, had no glorie in this respect by reason of the glorie that excelleth.

11For if that which is done away, was glorious, much more that which remaineth is glorious.

12Seeing then that wee haue such hope, we vse great plainnesse of speech.12

13And not as Moses, which put a vaile ouer his face, that the children of Israel could not stedfastly looke to the end of that which is abolished;

14But their mindes were blinded: for vntill this day remaineth the same vaile vntaken away, in the reading of the old testament: which vaile is done away in Christ.

15But euen vnto this day, when Moses is read, the vaile is vpon their heart.

16Neuerthelesse, when it shall turne to the Lord, the vaile shall be taken away.

17Now the Lord is that spirit, and where the Spirit of the Lord is, there is libertie.

18But we all, with open face beholding as in a glasse the glory of the Lord, are changed into the same image, from glorie to glorie, euen as by the spirit of the Lord.18