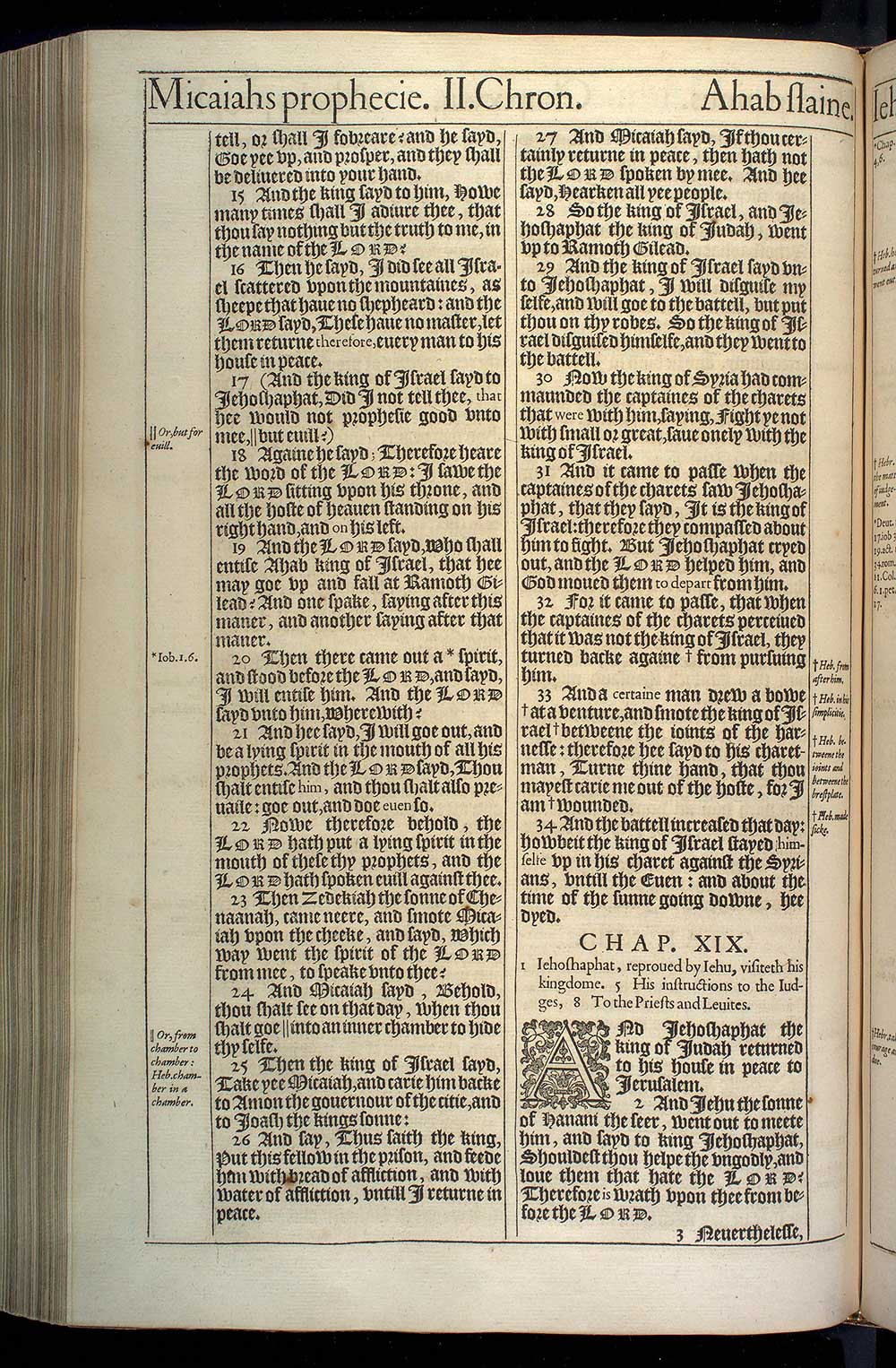 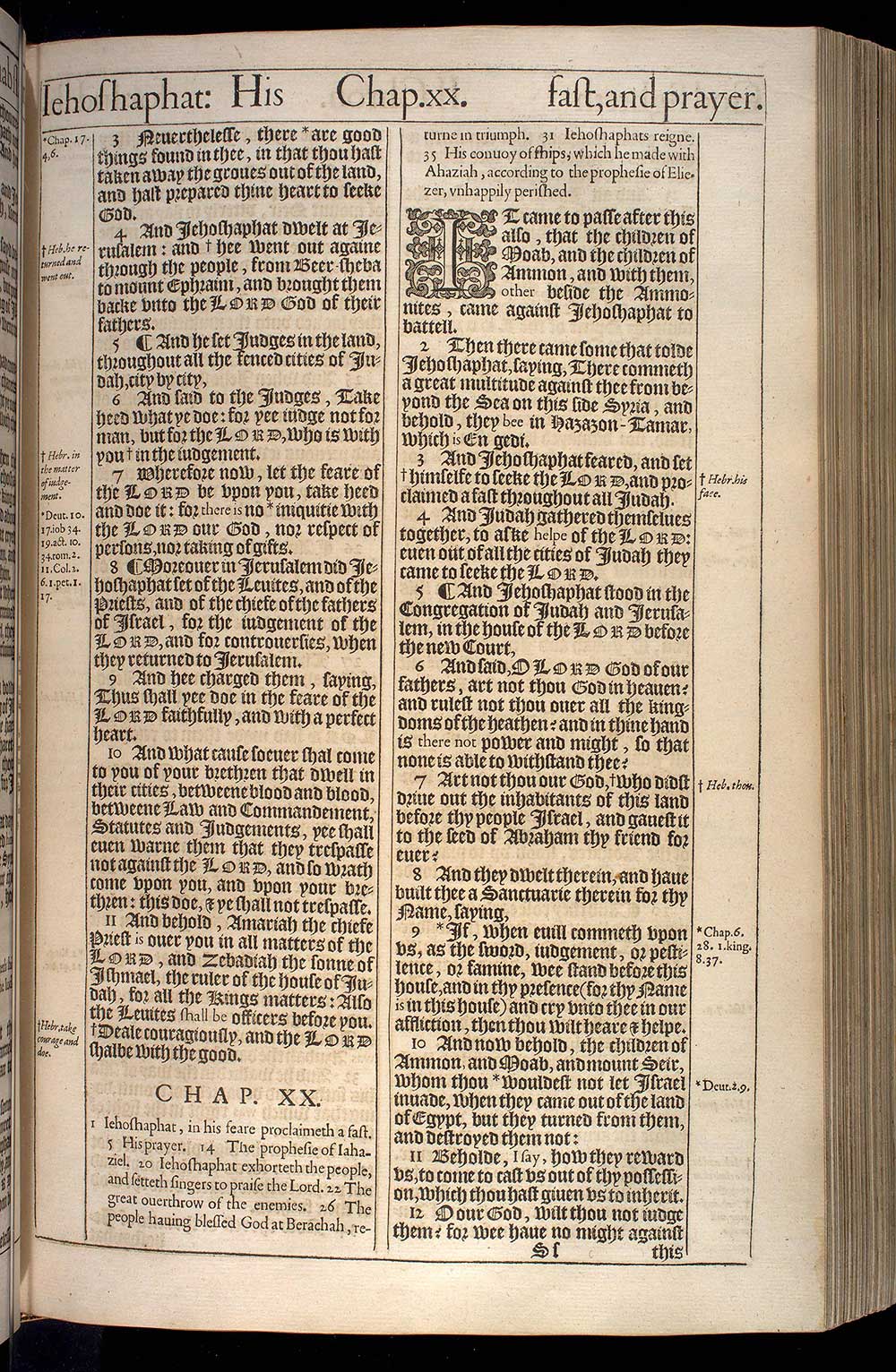 1And Iehoshaphat the king of Iudah returned to his house in peace to Ierusalem.

2And Iehu the sonne of Hanani the seer, went out to meete him, and sayd to king Iehoshaphat, Shouldest thou helpe the vngodly, and loue them that hate the Lord ? Therefore is wrath vpon thee from before the Lord.

Iehoshaphat: His fast, and prayer.

3Neuerthelesse, there are good things found in thee, in that thou hast taken away the groues out of the land, and hast prepared thine heart to seeke God.3

4And Iehoshaphat dwelt at Ierusalem: and hee went out againe through the people, from Beer-sheba to mount Ephraim, and brought them backe vnto the Lord God of their fathers.4

5¶ And he set Iudges in the land, throughout all the fenced cities of Iudah, city by city,

6And said to the Iudges, Take heed what ye doe: for yee iudge not for man, but for the Lord, who is with you in the iudgement.6

7Wherefore now, let the feare of the Lord be vpon you, take heed and doe it: for there is no iniquitie with the Lord our God, nor respect of persons, nor taking of gifts.7

8¶ Moreouer in Ierusalem did Iehoshaphat set of the Leuites, and of the Priests, and of the chiefe of the fathers of Israel, for the iudgement of the Lord, and for controuersies, when they returned to Ierusalem.

9And hee charged them, saying, Thus shall yee doe in the feare of the Lord faithfully, and with a perfect heart.

10And what cause soeuer shal come to you of your brethren that dwell in their cities, betweene blood and blood, betweene Law and Commandement, Statutes and Iudgements, yee shall euen warne them that they trespasse not against the Lord, and so wrath come vpon you, and vpon your brethren: this doe, & ye shall not trespasse.

11And behold, Amariah the chiefe Priest is ouer you in all matters of the Lord, and Zebadiah the sonne of Ishmael, the ruler of the house of Iudah, for all the Kings matters: Also the Leuites shall be officers before you. Deale couragiously, and the Lord shalbe with the good.11