1 Put them in minde to bee subiect to Principalities & Powers, to obey magistrates, to be ready to euery good worke,

2 To speake euill of no man, to bee no brawlers, but gentle, shewing all meekenesse vnto all men.

3 For we our selues also were sometimes foolish, disobedient, deceiued, seruing diuers lusts and pleasures, liuing in malice and enuy, hatefull, and hating one another.

4 But after that the kindnesse and loue of God our Sauiour toward man appeared,

5 Not by workes of righteousnesse which wee haue done, but according to his mercy he saued vs, by the washing of regeneration, and renewing of the holy Ghost,

6 Which hee shed on vs abundantly, through Iesus Christ our Sauiour:

7 That being iustified by his grace, we should bee made heires according to the hope of eternall life.

8 This is a faithfull saying, and these things I will that thou affirme constantly, that they which haue beleeued in God, might be carefull to maintaine good works: these things are good and profitable vnto men.

9 But auoyd foolish questions, and genealogies, and contentions, and striuings about the lawe; for they are vnprofitable and vaine.

10 A man that is an heretike, after the first and second admonition, reiect:

11 Knowing that hee that is such, is subuerted, and sinneth, being condemned of himselfe.

12 When I shall send Artemas vnto thee, or Tychicus, be diligent to come vnto mee to Nicopolis: for I haue determined there to winter.

13 Bring Zenas the Lawyer, and Apollos, on their iourney diligently, that nothing be wanting vnto them.

14 And let ours also learne to maintaine good workes for necessarie vses, that they be not vnfruitfull.

15 All that are with mee salute thee. Greete them that loue vs in the faith. Grace be with you all. Amen. It was written to Titus ordeined the first Bishop of the Church of the Cretians, from Nicopolis of Macedonia.

Obedience to magistrates, and becoming behaviour towards all, are enforced from what believers were before conversion, and what they are made, through Christ. (1-7) Good works to be done, and useless disputes avoided. (8-11) Directions and exhortations. (12-15)1-7 Spiritual privileges do not make void or weaken, but confirm civil duties. Mere good words and good meanings are not enough without good works. They were not to be quarrelsome, but to show meekness on all occasions, not toward friends only, but to all men, though with wisdom, #Jas 3:13|. And let this text teach us how wrong it is for a Christian to be churlish to the worst, weakest, and most abject. The servants of sin have many masters, their lusts hurry them different ways; pride commands one thing, covetousness another. Thus they are hateful, deserving to be hated. It is the misery of sinners, that they hate one another; and it is the duty and happiness of saints to love one another. And we are delivered out of our miserable condition, only by the mercy and free grace of God, the merit and sufferings of Christ, and the working of his Spirit. God the Father is God our Saviour. He is the fountain from which the Holy Spirit flows, to teach, regenerate, and save his fallen creatures; and this blessing comes to mankind through Christ. The spring and rise of it, is the kindness and love of God to man. Love and grace have, through the Spirit, great power to change and turn the heart to God. Works must be in the saved, but are not among the causes of their salvation. A new principle of grace and holiness is wrought, which sways, and governs, and makes the man a new creature. Most pretend they would have heaven at last, yet they care not for holiness now; they would have the end without the beginning. Here is the outward sign and seal thereof in baptism, called therefore the washing of regeneration. The work is inward and spiritual; this is outwardly signified and sealed in this ordinance. Slight not this outward sign and seal; yet rest not in the outward washing, but look to the answer of a good conscience, without which the outward washing will avail nothing. The worker therein is the Spirit of God; it is the renewing of the Holy Ghost. Through him we mortify sin, perform duty, walk in God's ways; all the working of the Divine life in us, and the fruits of righteousness without, are through this blessed and holy Spirit. The Spirit and his saving gifts and graces, come through Christ, as a Saviour, whose undertaking and work are to bring to grace and glory. Justification, in the gospel sense, is the free forgiveness of a sinner; accepting him as righteous through the righteousness of Christ received by faith. God, in justifying a sinner in the way of the gospel, is gracious to him, yet just to himself and his law. As forgiveness is through a perfect righteousness, and satisfaction is made to justice by Christ, it cannot be merited by the sinner himself. Eternal life is set before us in the promise; the Spirit works faith in us, and hope of that life; faith and hope bring it near, and fill with joy in expectation of it.

8-11 When the grace of God towards mankind has been declared, the necessity of good works is pressed. Those who believe in God, must make it their care to maintain good works, to seek opportunities for doing them, being influenced by love and gratitude. Trifling, foolish questions must be avoided, and subtle distinctions and vain inquiries; nor should people be eager after novelties, but love sound doctrine which tends most to edifying. Though we may now think some sins light and little, if the Lord awaken the conscience, we shall feel even the smallest sin heavy upon our souls.

12-15 Christianity is not a fruitless profession; and its professors must be filled with the fruits of righteousness, which are by Jesus Christ, to the glory and praise of God. They must be doing good, as well as keeping away from evil. Let "ours" follow some honest labour and employment, to provide for themselves and their families. Christianity obliges all to seek some honest work and calling, and therein to abide with God. The apostle concludes with expressions of kind regard and fervent prayer. Grace be with you all; the love and favour of God, with the fruits and effects thereof, according to need; and the increase and feeling of them more and more in your souls. This is the apostle's wish and prayer, showing his affection to them, and desire for their good, and would be a means of obtaining for them, and bringing down on them, the thing requested. Grace is the chief thing to be wished and prayed for, with respect to ourselves or others; it is "all good."

View All Discussusion for Titus Chapter 3... 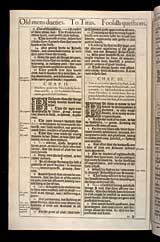