1 The kings heart is in the hand of the Lord, as the riuers of water: hee turneth it whithersoeuer he will.

2 Euery way of a man is right in his owne eyes: but the Lord pondereth the hearts.

3 To doe iustice and iudgement, is more acceptable to the Lord, then sacrifice.

4 An high looke, and a proud heart, and the plowing of the wicked, is sinne.

5 The thoughts of the diligent tend onely to plenteousnes: but of euery one that is hastie, onely to want.

6 The getting of treasures by a lying tongue, is a vanitie tossed to and fro of them that seeke death.

7 The robbery of the wicked shall destroy them; because they refuse to doe iudgement.

8 The way of man is froward and strange: but as for the pure; his worke is right.

9 It is better to dwell in a corner of the house top; then with a brawling woman in a wide house.

10 The soule of the wicked desireth euill: his neighbour findeth no fauour in his eyes.

11 When the scorner is punished, the simple is made wise: and when the wise is instructed, he receiueth knowledge.

12 The righteous man wisely considereth the house of the wicked: but God ouerthroweth the wicked for their wickednesse.

13 Whoso stoppeth his eares at the cry of the poore, hee also shall cry himselfe, but shall not be heard.

14 A gift in secret pacifieth anger; and a reward in the bosome, strong wrath.

15 It is ioy to the iust to doe iudgement: but destruction shalbe to the workers of iniquitie.

16 The man that wandreth out of the way of vnderstanding, shall remaine in the congregation of the dead.

18 The wicked shalbe a ransome for the righteous; and the transgressour for the vpright.

19 It is better to dwell in the wildernesse, then with a contentious and an angry woman.

20 There is treasure to be desired, and oyle in the dwelling of the wise: but a foolish man spendeth it vp.

22 A wise man scaleth the citie of the mightie, and casteth downe the strength of the confidence thereof.

24 Proud and haughtie scorner, is his name, who dealeth in proud wrath.

25 The desire of the slouthfull killeth him: for his hands refuse to labour.

26 Hee coueteth greedily all the day long: but the righteous giueth and spareth not.

27 The sacrifice of the wicked is abomination: how much more, when he bringeth it with a wicked minde?

28 A false witnesse shall perish: but the man that heareth, speaketh constantly.

29 A wicked man hardeneth his face: but as for the vpright, he directeth his way.

30 There is no wisedome, nor vnderstanding, nor counsell against the Lord.

31 The horse is prepared against the day of battell: but safetie is of the Lord.

1 The believer, perceiving that the Lord rules every heart as he sees fit, like the husbandman who turns the water through his grounds as he pleases, seeks to have his own heart, and the hearts of others, directed in his faith, fear, and love. #2|. We are partial in judging ourselves and our actions. #3|. Many deceive themselves with a conceit that outward devotions will excuse unrighteousness. #4|. Sin is the pride, the ambition, the glory, the joy, and the business of wicked men. #5|. The really diligent employ foresight as well as labour. #6|. While men seek wealth by unlawful practices, they seek death. #7|. Injustice will return upon the sinner, and will destroy him here and for ever. #8|. The way of mankind by nature is froward and strange. 9|. It is best to shun bitter contention by pouring out the heart before God. For by prudence and patience, with constant prayer, the cross may be removed. #10|. The evil desires of a wicked man's heart, lead to baseness in his conduct. #11|. The simple may be made wise by punishments on the wicked, and by instructions to those who are willing to be taught. #12|. Good men envy not the prosperity of evil-doers; they see there is a curse on them. #13|. Such as oppress the poor by beating down wages, such as will not relieve according to their ability those in distress, and those in authority who neglect to do justice, stop their ears at the cry of the poor. But doubtless care is to be used in the exercise of charity. #14|. If money can conquer the fury of the passions, shall reason, the fear of God, and the command of Christ, be too weak to bridle them? #15|. There is true pleasure only in the practice of religion. #16|. Of all wanderers in the ways of sin, those are in the most dangerous condition who turn aside into the ways of darkness. Yet there is hope even for them in the all-sufficient Saviour; but let them flee to him without delay. #17|. A life of worldly pleasure brings ruin on men. #18|. The righteous is often delivered out of trouble, and the wicked comes in his stead, and so seems as a ransom for him. #19|. Unbridled passions spoil the comfort of all relations. #20|. The plenty obtained by prudence, industry, and frugality, is desirable. But the foolish misspend what they have upon their lusts. #21|. True repentance and faith will lead him that relies on the mercy of God in Christ, to follow after righteousness and mercy in his own conduct. #22|. Those that have wisdom, often do great things, even against those confident of their strength. #23|. It is our great concern to keep our souls from being entangled and disquieted. #24|. Pride and haughtiness make men passionate; such continually deal in wrath, as if it were their trade to be angry. #25,26|. Here is the misery of the slothful; their hands refuse to labour in an honest calling, by which they might get an honest livelihood; yet their hearts cease not to covet riches, pleasures, and honours, which cannot be obtained without labour. But the righteous and industrious have their desires satisfied. #27|. When holiness is pretended, but wickedness intended, that especially is an abomination. #28|. The doom of a false witness is certain. #29|. A wicked man bids defiance to the terrors of the law and the rebukes of Providence. But a good man asks, What does God require of me? #30,31|. Means are to be used, but, after all, our safety and salvation are only of the Lord. In our spiritual warfare we must arm ourselves with the whole armour of God; but our strength must be in the Lord, and in the power of his might.

View All Discussusion for Proverbs Chapter 21... 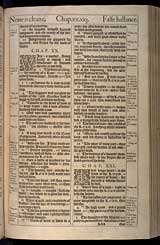